The selectors would work out a schedule for him since he was injury prone.

Karachi: Pakistan‘s top pace bowler Mohammad Irfan has been told to rest for another six weeks as part of his rehabilitation from a hairline stress fracture of the pelvis.

The 7 feet tall Irfan was not considered for Pakistan’s tour to Bangladesh later this month because of the injury which also forced him out of the World Cup quarter-final against Australia last month.

“We are keeping a close watch on Irfan but he requires atleast another six weeks rest under the rehabilitation program give to him by the medical panel,” chief selector Haroon Rasheed said.

The former Test batsman said that even when Irfan recovers from his injury, the selectors would work out a schedule for him since he was injury prone.

“He is an attacking bowler and he will not be played in all matches. We would like to keep him fit for the important games,” Rasheed said.

On the selection of off-spinner, Saeed Ajmal who after being suspended from bowling in international cricket since last September has made a comeback with a modified action, the chief selector said Bangladesh would be a very important series for the spinner.

“Saeed has been our leading bowler for the last few years and the team missed his guile and experience in the World Cup. We are hoping he can make a strong comeback to international cricket with his corrected action although it will not be easy for him,” Rasheed said.

“If he comes good and is comfortable bowling with his modified action in Bangladesh it will be a big boost for Pakistan cricket,” he added. 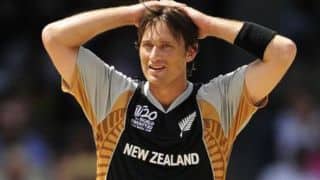