Kaif is widely hailed as one of the best fielders to have played for India. He decided to hang his boots on July 13, 2018.

Former India cricketer Mohammad Kaif became the darling of social media on Sunday when he shared a latest picture of himself posing with batting legend Sachin Tendulkar on his official Twitter handle. Kaif’s post became an instant hit on social media circles as he garnered a lot of appreciation for comparing Tendulkar to ‘Lord Krishna’.

“My Sudama moment with Lord Krishna,” Kaif captioned the image, drawing huge applause on social media for his humility.

Kaif, considered as one of the best fielders India had produced, had retired from all forms of cricket in July 13, 2018. Significantly, it was on July 13 in 2002 when Kaif had played a crucial match-winning knock against England in the NatWest Trophy final to help India win the series.

Chasing a mammoth 326-run target against England, India were once in deep trouble after being reduced to 146/5 before Yuvraj Singh (69 off 63) and Kaif (87 unbeaten off 75) had notched a memorable win from the jaws of defeat.

Tendulkar, who was also part of that match, hailed Kaif for choosing the perfect day to call it quits from all forms of cricket. “You’ve chosen the best day to announce your retirement, @MohammadKaif. Those memories are still fresh in our minds. May Lord bless you with more and more success, just like the one at Lord’s back in 2002. My best wishes to you always,” Sachin wrote on his Twitter handle.

In his international career, the Prayagraj-born cricketer represented the national side 125 ODIs, scored 2,753 runs, averaged 32.01 with two centuries under his belt. In Tests, he scored 324 runs from 13 innings including one hundred. 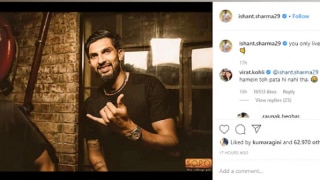 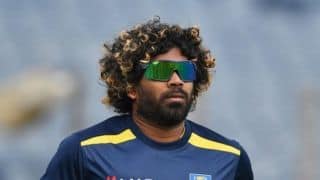