Afghanistan enjoyed respectable win ratio under his captaincy with 13 wins from the 28 games.

“I am proud that the national team played in the 2015 World Cup under my captaincy. Given the recent performances of the team and particularly my out-of-form status, I would like to request you to accept my resignation as captain and allow me to continue to play as a team player,” he continued.

Nabi was given the reigns of captaincy in 2013, taking over from Nawroz Mangal. Afghanistan registered some memorable moments under his captaincy. The team beat Bangladesh in the Asia Cup, under his rule to make it their first win against a Test nation. They then went on to register a win in their first ever World Cup campaign.

Afghanistan actually enjoyed quite a respectable win ratio under his captaincy with 13 wins from the 28 games he captained in. 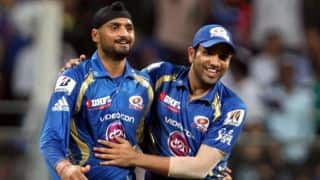