Former Pakistan captain, Mohammad Yousuf believes the national team is facing batting woes because of absence of any proper role model and blamed skipper Misbah-ul-Haq for the present problems in the side. 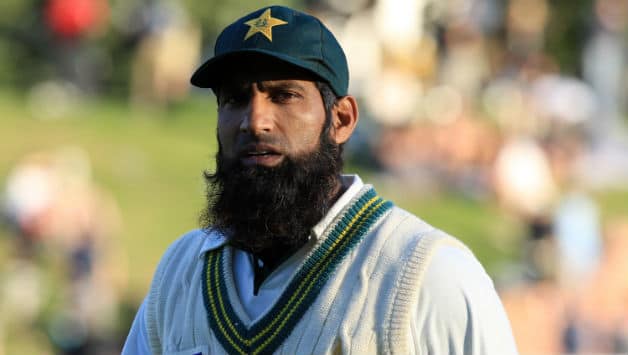 Former Pakistan captain, Mohammad Yousuf believes the national team is facing batting woes because of absence of any proper role model and blamed skipper Misbah-ul-Haq for the present problems in the side.

Yousuf said at present, Pakistan didn’t have any batsmen of the caliber present in Indian cricket these days.

“We don’t have any compact batsmen like Rohit Sharma or Virat Kohli simply because we have developed wrong role models for our new batsmen and that is now beginning to show,” he said.

Yousuf, one of Pakistan’s top batsmen, said he idolized greats like Javed Miandad and Inzamam-ul-Haq, but in the last few years Pakistani youngsters had started following the wrong role models.

“In India they have developed compact and quality batsmen because their youngsters followed proper role models. Plus their selectors and system recognises and allows their young batsmen to develop and move forward with confidence. I don’t think there is any favoritism or bias involved in their system,” he added.

Pakistan who lost the one-day series to South Africa by 1-4 on Monday after another batting collapse has been facing batting problems for the last few months.

Yousuf also minced no words in attacking captain, Misbah, blaming him for the present problems.

“He is the wrong example for the other batsmen to follow because technically he himself is suspect against fast bowlers and doesn’t have the range of strokes to come and bat higher up the order as captain to play the role of a motivational leader, neither does he have ability for big scores or to finish a match,” Yousuf said.

“Misbah has a strange batting technique and he is someone who consumes lot of balls to get going and is yet not capable of playing an impact innings. The selfish nature of his batting is now beginning to show in our other players,” Yousuf said.

“Our batsmen are now just not playing down the ground strokes and they get bogged down … Misbah is also now scoring more runs in one-day cricket because of the change in rules.

“Misbah, seeing the state of affairs in the team, should have been batting at No 3 but he has refused to do so and as a result we are now seeing a generation of batsmen who are not technically correct and who are satisfied with just a half-century or more. There is no one to play match winning innings like the Indian players have become used too.”

Yousuf also brushed aside suggestions that too much Twenty20 cricket had spoilt the technique and mentality of Pakistani batsmen and cricket.

“I don’t agree with that. Are we playing more T20 cricket than India but they are still producing quality batsmen. They have batsmen fit for every format of the game.

“Look at AB de Villiers on Monday. He batted in three different gears, because top players and captains set benchmarks for themselves and their team. Unfortunately our players and team is lacking in that,” he said.

Yousuf urged the board to appoint Inzamam as the batting coach as he feels until Pakistan’s batting woes were addressed the team would continue to struggle as it is doing at present.

“I don’t know whether we need a head coach but we definitely need a batting coach as soon as possible and there is no better person than Inzamam to do this,” he said.