Mohammad Yousuf has urged PCB to not only blame the coach, captain and players for Pakistan's dismal performance in World T20.

Karachi: Former Pakistan captain Mohammad Yousuf has urged the fact-finding committee of the PCB to not only blame the coach, captain and players for the national cricket team’s dismal performance but also make the board officials accountable. “I told the committee that it is fine they are inquiring into the team’s performances and those of the captain and coach but what about the board officials who are also responsible for the steep decline in our cricket,” Yousuf told PTI on Wednesday from Lahore. “Every time the team performs badly, the responsibility is put on the captain, coach and the players but I have never seen anyone in the board being held responsible,” he added. T20 World Cup 2016: Shahid Afridi seeks forgiveness after Waqar Younis’ public apology

The fact-finding committee was constituted by the Pakistan Cricket Board to probe into the team’s poor performances in Asia Cup and World T20, as well as in earlier series against England and New Zealand. The committee includes Test captain Misbah-ul-Haq and senior batsman Younis Khan — both of whom have not attended the first two days of the fact-finding committee’s three-day meeting in Lahore. T20 World Cup 2016: Former Pakistan cricketers unimpressed by Waqar Younis’ public apology

Present in the meeting were Shakil Sheikh, the head of the PCB’s cricket committee and a senior member of the board of governors, Subhan Ahmed, PCB’s chief operating officer and Iqbal Qasim, former Test player, besides Yousuf. Yousuf said he had conveyed to the committee that there was an urgent need to introduce new faces in the management at all levels who have fresh ideas to improve the situation.

“I also told them clearly that I had serious doubts over the sincerity of the board in forming the committee and taking decisions to improve things,” he added. The former cricketer said that apologies from Waqar Younis and Shahid Afridi wouldn’t resolve the crisis in Pakistan cricket. “This is not the first time Afridi has apologised. I appreciate Waqar for having the courage to face the people and come out with a public apology. I think Afridi also needed to face the media instead of apologising through the social media,” Yousuf said. 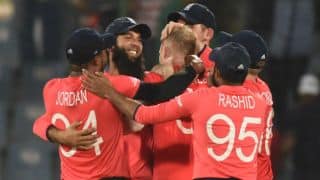