Rawalpindi: Pakistani fast bowler Mohammad Aamer on Wednesday shrugged off the disappointment of his comeback match being washed out following a five-year ban for spot-fixing.

The 22-year-old was due to make his return to competitive domestic cricket this week but a waterlogged pitch — the after-effects of torrential downpours last week — meant all three days of his game for Omar Associates were abandoned.

Aamer, cleared to return early from his ban for bowling no-balls to order in the Lord’s Test against England in 2010, said it was “God’s will” the match was rained off.

“We have three to four more matches to play God willing and we are focusing on them. The next match is quite tough and the opposition in that match is very strong,” he told reporters.

Aamer, banned from all cricket along with fellow bowler Mohammed Asif and captain Salman Butt over the spot-fixing scandal, was originally due to return in September.

But the International Cricket Council (ICC) allowed him to return to domestic matches early in recognition of his contrition over one of the most notorious incidents in the history of the game.

His new team, Omar Associates, play grade two cricket, one level below first class, but Aamer — who has taken 51 wickets in 14 Tests — said he was concentrating on his own game to try to impress the national selectors. 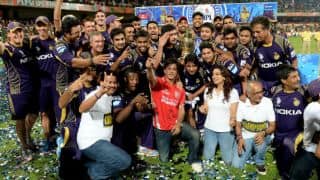