Shami also said that he has complete faith in BCCI.

New Delhi [India]: Indian cricketer Mohammed Shami on Sunday demanded thorough investigation into the allegation levelled against him by his wife Hasin Jahan. Brushing off the allegations Shami told ANI that, “there have been many accusations which are increasing day-by-day. I don’t want to give an explanation about it and I want it to be investigated thoroughly.”

Responding on the Board of Control for Cricket in India (BCCI) discussing on the matter, the cricketer said that he has complete faith in the cricket control body. “Have full faith on BCCI, whatever decision they take will be after much deliberation and investigation. I have no tension regarding that,” Shami said. Shami on Friday was charged under various non-bailable and bailable sections of the Indian Penal Code (IPC), following a complaint filed by his wife.

He has been also charged under including section 498A, which amounts to cruelty to a woman by her husband or his relatives. The other charges recorded against Shami are under Section 307 – attempt to murder, Section 323 – punishment for voluntarily causing hurt, Section 376 – rape, Section 506 – criminal intimidation, Section 328 and Section 34.

Hasin Jahan on March 7 alleged that Shami abused her physically and mentally and is also involved in several extra-marital affairs. Besides accusing the cricketer of abusing her, Hasin further said that she will drag the pacer to court for cheating on her.

Mohammad Shami and Hasin Jahan got married in 2014. 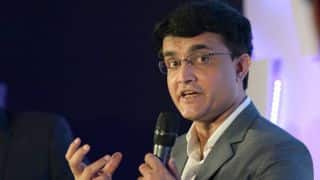