Shami managed figures of five for 112 in the Australian first innings.

He managed to notch up a five-wicket haul but Indian medium pacer Mohammed Shami said it was tough to bowl on the flat deck and his team’s bowlers should not be criticised for conceding 572 runs to Australia in the ongoing fourth and final Test.

Shami managed figures of five for 112 in the Australian first innings, which closed at 572 for seven after which Rohit Sharma and KL Rahul helped India reach 71 for one at close of play. “It’s tough for fast bowlers to bowl on a flat pitch. It is important to maintain your line and length. When it becomes easier for batsmen to play shots, it becomes tough for us,” said Shami.

“It’s not correct to say that we are struggling. If they are scoring 450-plus runs we too are scoring 400-plus runs. There isn’t much difference. All I can say is hard luck. Australian bowlers are bowling in their home grounds, so they are used to the conditions here and are aware of what line and length they should be bowling. We tried the same thing but they batted well. So it’s all part of the game, sometimes it happens and sometimes it doesn’t,” he added.

Bhuvneshwar Kumar played his first Test of the series after recovering from an ankle injury but returned figures of none for 122, looking down on pace for most part of the first two days. Shami, however, denied that his team-mate was not match fit.

“The team is decided based on fitness only. You may have noticed he doesn’t have that sort of pace in the first place. He is a line and length bowler and relies on swing. It is such a slow wicket, and if you judge him on his pace then it’s not fair to question his fitness,” he said.

When asked if non-stop cricket left players with sufficient time for recovery, Shami replied, “You have seen how many matches are happening these days. We don’t have the time to think about it. Whichever format we play, we start working on our bowling accordingly and it doesn’t matter whether it’s the red or white ball. “Also, these days you watch so much cricket that there is no need to teach someone, you just have to plan once you grab the ball.”

India still trail Australia by 501 runs but Rohit Sharma (40 not out) and Rahul (31 not out) held steady at the crease, especially the latter, as he appeared calmer than the two poor shots he played in his debut Test at the MCG.

“It’s not fair to judge a player from just one innings. If someone has six bad innings, even then it doesn’t mean he is a bad player. It’s the same Rahul who played today and he still remains the same if you compare his previous innings. It was hard luck for him in Melbourne and all I can hope is that he will play well going ahead,” said the bowler.

Shami is part of the 15-man ICC World Cup 2015 squad announced on yesterday and said playing against Australia right now and in the upcoming tri-series would help him for the big event. “There will be some advantage for us having been here since the last three months leading up to the World Cup. Surely that will benefit us. We came early so we have a fair idea about the conditions here. Bounce, carry etc,” he signed off. 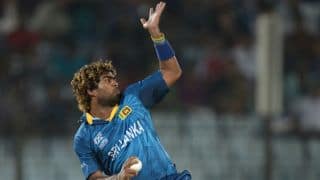