India seem to be in control of the third and final Test against Sri Lanka at Delhi, following a decent third day on Monday.

India seem to be in control of the third and final Test against Sri Lanka at the Feroz Shah Kotla Stadium in Delhi, following a decent third day on Monday. With the pollution level at the city reaching alarming levels, followed by dropped catches and twin centuries from Dinesh Chandimal and Angelo Mathews, India did have a tough time. However, it was until the post-tea session, when Indian did manage to strike back. Meanwhile, Mohammed Shami also felt that the Indians have not been provided with the kind of track they needed to prepare for the upcoming tough tour of South Africa, starting January 2018. He also urged the Indian fielders to work hard on catches. FULL CRICKET SCORECARD: India vs Sri Lanka 2017-18, 3rd Test at Delhi

On the wickets in the series

“The kind of wickets we wanted to prepare on before going to South Africa, we haven’t been provided with those kind of wickets. So it didn’t go as per our plans. But it’s a good thing that on these kind of tracks, you need to work hard as a bowler. These kind of tracks test your fitness as you get to bowl long spells. Overall as a bowling unit, all bowlers have together bowled more than 100 overs [130 overs]. So you can see how much effort we are putting,” said Shami during the post-day press conference.

“I was a bit under the weather even before the match started. I had a cold. Yes, pollution is an aspect that we seriously need to think about. But not to the extent that it was being portrayed. Also, it could be that we are more used to it and our ability. I think we need to check what are the reasons of pollution and try to minimise it. Look, we are used to suffering from all these problems.”

“Fielders are not machines that they will grab anything that comes their way,” Shami said. “Yes, you might get angry when a catch is dropped but we are a team, and we play together all the year around for the country. You have to ignore and move on. It’s after a long time this unit has dropped so many catches in a match. You need to take it in your stride and move on. We need to work hard and improve.” 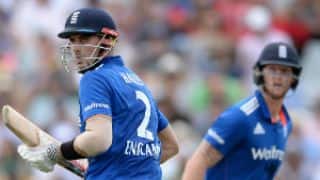 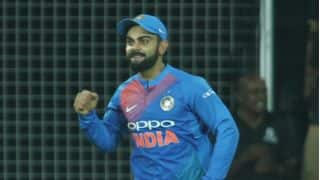