Chetan Sharma says Shami's control over reverse swing is the reason why he's so effective in fourth innings.

Chetan Sharma has hailed Mohammed Shami as ‘world’s number one reverse swing bowler’ following his sterling effort against South Africa in the first Test in Vizag. Chasing 395, South Africa were bowled out for 191 on the final day with Shami finishing with 5/35 from 10.5 overs.

He added, “The ball tends to lose its shine faster in the fourth innings and there are a lot of wear and tear on a fifth-day pitch. He is very accurate. Reverse swing is a matter of accuracy. If you get reverse swing, but if you don’t get the line right, you will not get a wicket. So your accuracy has to be top class. This is where Shami is always on target.”

Sharma, who played 23 Tests and 65 ODIs between 1984 and 1994, praised the Indian team management for having an rotation policy for the fast bowlers that has resulted in an efficient system.

“Now they have a great rotation policy. Someone like Ishant (Sharma) only plays Test cricket. Now the team is also introducing new bowlers in T20s. But in our time, they didn’t have such policy. There was Kapil Dev, me and Manoj Prabhakar. There is no doubt the BCCI has been very smart now when it comes to handling the fast bowlers. They are doing a very good job,” he said. 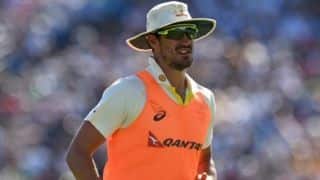