Shami has been battling injury problems since the World Cup in Australia earlier this year.

New Delhi: Bengal pacer Mohammed Shami and all-rounder Ravindra Jadeja will fancy their chances of staging a comeback to the Indian squad after being included in the preparatory camp for the upcoming home series against South Africa which gets underway in October. Shami has been battling injury problems since the World Cup in Australia earlier this year, where he played a crucial role in India’s run to the semi-finals, picking up 17 wickets in seven matches at an average of 17.29. The 25-year-old had suffered a major knee injury after that tournament and had to undergo a surgery, which left him bed-ridden. India vs South Africa 2015: Faf du Plessis, Hashim Amla, Rilee Rossouw, Chris Morris nursing injuries

Jadeja on the other hand, has been overlooked for India’s last three series, all of which were ovreseas tours. The 30-player list for the camp also includes Bhuvneshwar Kumar. The Uttar Pradesh seamer was ignored for the recnt tour to Sri Lanka and will be raring to prove himself again in national colours. Talented medium-pacer Mohit Sharma has also been included in the camp. Imran Tahir, Dane Piedt included in South Africa’s Test squad for tour of India 2015

The right-armer impressed the critics during the World Cup and the 26-year-old will probably be justified if he considers himself a strong candidate for selection. The rest of the list comprises most of the players who were a part of the recent Test series win in Sri Lanka. The 72-day tour, which gets underway on October 2, will start with three Twenty20 Internationals. They will be followed by five one-dayers and four Test matches. 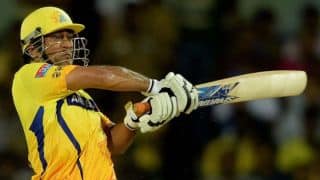