Reserve Day, WTC Final: Shami reckoned no one can plan in advance also hinting that India would not mind a draw.

Southampton: With India needing wickets to make a match out of it on Day 5, senior pacer Mohammed Shami came up with the goods as he picked up four crucial wickets on Tuesday at Southampton during the WTC Final. Shami helped India bowl out New Zealand for 249 and keep their chances of a win alive.

Ahead of the Reserve Day, which is well-poised at the moment, Shami discussed the Indian plan. Given the WTC Final is at stake, Shami hinted that the Virat Kohli-led side could opt for a ‘safety first’ approach.

“We have lost a lot of time due to rain. So there is no discussion as such, on a total. We have just started our second innings and we need to put runs on the board,” Shami, India’s man of the day with four wickets, said at the press conference.

He reckoned India has to get as many runs as possible before putting in New Zealand.

“We have to score as many as possible and then see how much time is left to put them in and decide accordingly,” he added.

Considering anything can happen in English conditions, Shami reckoned no one can plan in advance also hinting that India would not mind a draw.

“In conditions like England, anything can happen but we simply can’t have a pre-plan in mind that we can get them out in this many overs. You need time to get 10 wickets and some solid plans in place. But first, we need to enough back-up runs,” Shami said. 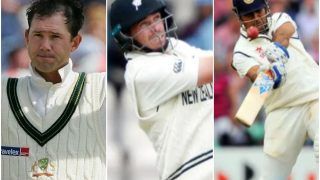 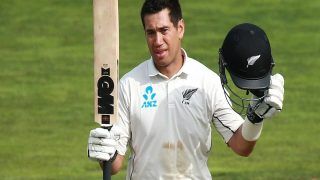