According to reports, Mohammed Shami and Haseen got married a month ago.

India pacer Mohammed Shami has tied the knot with Kolkata-based model Haseen Jahan. A wedding reception was organised in a five-star hotel on Delhi road in Muradabad.

According to reports, Shami and Haseen got married a month ago in Kolkata during the Indian Premier League (IPL) 2014, and the function held on Friday was for close friends and relatives to wish the newly-wed couple in person. Naiduniya reported that Shami’s father Taufiq Ahmed invited members from the Indian cricket team. However, no Indian cricketer was present at Shami’s wedding function.

Ahmed told Aaj Tak, “It is a good feeling. It’s every father’s dream to see his son do well in his life. Shami plays for his country, which is something to be proud of.”

He continued, “IPL is a different format and to play for your country is a separate thing. I put country above everything else. It gives me immense pride to see him doing well for India. The tour of England is coming up, and I hope Shami will impress there and help India win.” 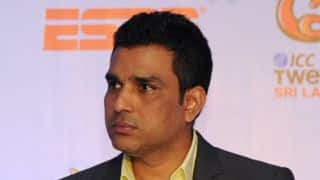