Shami was charged with attempt to murder in Kolkata on the basis of a complaint filed by his wife Hasin Jahan.

Kolkata [India]: Cricketer Mohammed Shami‘s wife on Friday took her disagreement with her husband forward, saying that she will now approach the Board of Control for Cricket in India (BCCI) for justice. Earlier today, the fast bowler was charged with attempt to murder in Kolkata on the basis of a complaint filed by his wife Hasin Jahan.

She had alleged that Shami abused her physically and mentally and was also involved in several extra-marital affairs. “I will contact the BCCI. My lawyer might have already contacted them,” Hasin told reporters here. She added, “If today I do not take this matter to the BCCI then other players will also get the courage to do such things. If all this is happening under the nose of the board, then they should take some action.”

In a bid to expose the pacer’s extra-marital affair, Shami’s wife had earlier also posted several screenshots of Messenger and Whatsapp messages on her Facebook wall.

However, on the same day, Hasin’s account was found deactivated. Reacting , she said, “I have not received any help from anyone. So I took to Facebook to speak of my ordeal. Why did Facebook block my account and deleted all the posts without my permission?”

However, Shami has refuted all the allegation and said that someone was misleading his wife.

Talking to the media earlier, Shami said, “Hasin and her family have been saying that we will sit and sort out all issues, but I don’t know who has been misleading her”. Bishan Singh Bedi, Syed Kirmani push for BCCI to take Cricket Association for the Blind in India under its aegis 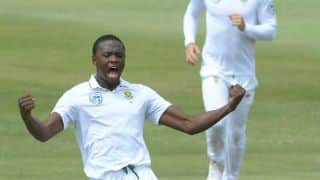