Mohammed Siraj conceded 31 sixes in IPL 2022, the most by any bowler in tournament's history.

RCB pacer Mohammed Siraj had a forgettable outing for the franchise in IPL 2022. The pacer leaked runs at an economy of more than 10 and took only nine wickets in 15 games, conceding 31 sixes, the highest by any bowler in the tournament’s history.

Siraj’s poor show also invited a lot of harsh criticism and trolls on social media platforms. The pacer is one of the most promising red-ball pacers in India and will get an opportunity to make amends in the series-deciding fifth Test against England. Speaking about his poor show in IPL 2022, Siraj said that the tournament was a bad phase for him, adding that he will work hard and come back stronger.

“This season the IPL was a bit down. The last two seasons my graph was up and this time it has come down. But then I see what I have done in the past two years and take that along,” Siraj told PTI on Wednesday. “This year was a bad phase for me but will make a strong comeback by working hard. I will work on my ability, believe in my strengths.”

Siraj is also hopeful that he will do well in the fifth and final Test of the postponed series against England. India leads the series 2-1 and the final game of the series will be played at Edgbaston from July 1-5.

“My preparations are going well for the Test. There in England, the Dukes ball is used, it is always good to bowl there in the English conditions and it is helpful for the bowlers,” the Hyderabad-based speedster added.

Siraj believes that it is very important for India to win the Edgbaston Test and the series to boost their position in the World Test Championship (WTC) points table.

“This Test is very important for us and we are leading 2-1. It is good that the Test has been rescheduled and we are confident (of doing well) as we have the lead, it is a good feeling,” added the right-arm speedster.

“The important thing in a Test match is your line and length and how consistently you can bowl at one spot. That is what I have learned, the same thing I have learned in Australia and my aim is to perform consistently for the team and bowl in one area and create pressure. Even if I don’t get wickets, my aim is how I can put the opposition in pressure,” Siraj said.

Ahead of the England tour, India will take on South Africa in a five-match T20I series. Senior players like Virat Kohli, Rohit Sharma, Jasprit Bumrah and Mohammed Shami have been rested from the series. 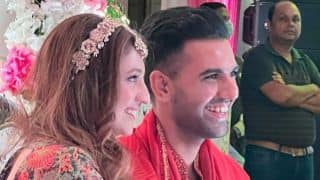 Deepak Chahar Drops A stunning First Look Of His Wedding