Mohammed Siraj who made his international debut against New Zealand last year and played for Sunrisers Hyderabad became a victim of Cyber Crime.

Mohammed Siraj, who made his international debut against New Zealand last year and played for Sunrisers Hyderabad, became a victim of Cyber Crime. His social media accounts were hacked by a 14-year old boy who is apparently son of a watchman.

The hacker even sent ‘I Love You’ messages to his friends through which Siraj came to know about the incident as his friends asked him. The incident came into news when he filed a complain in the cyber crime sleuths on Tuesday.

Hello everyone!!! Unfortunately my Facebook and Instagram accounts has been hacked last night by some unknown persons. Alhumdulillah, today in the evening all the accounts have been recovered with the help of Telangana Cyber Crime branch police. With this message, I would like to thank all the Telangana Police who have worked on this case. #ThankYouVeryMuch #TelanganaPoliceTeam

“The hacker gave a cell phone number as the new password to access social media accounts of Siraj. We obtained the details of the cell phone number and realised that it was being used by a 14-year-old boy from Begumpet, who is the son of a watchman,” an investigating officer said.

The police traced down the boy in two hours and questioned him about how he managed to hack the account. It is also known that the boy’s brother and Siraj were friends. 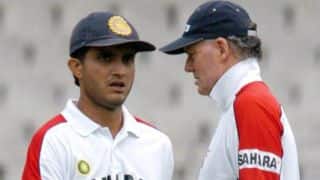