Former India cricketer and national selector, Mohinder Amarnath stated that despite the first Test sporting good cricket, Indian batting was disappointing. In his column for Times of India, Amarnath wrote, “While one can understand the disappointment that comes with a team losing a match they dominated for most part, Indian fans will have to acknowledge that the Galle Test was a superb game of cricket with the pendulum oscillating from one end to the other. The Test was lost for a number of reasons but before getting into those, I will say that this series will be a close one between two equal sides. I expect the next Test at Colombo to be as absorbing.” India vs Sri Lanka 2015, 2nd Test at Colombo: Key Battles

Amarnath felt the mindset of the Indian batsmen were defensive. “There is no denying that India’s batting on the last day was really quite disappointing. Any batting side can have a bad day, but there were some really worrying signs in their run chase. First, their mindset was exceedingly defensive; there seemed to be a reluctance to take charge and be aggressive. True, the wicket was turning and both Rangana Herath and Tharindu Kaushal are quality spinners, but the Indian batsmen forgot to rotate strike and withdrew into a shell. The wicket seemed to ease out as the match progressed, which made India’s inability to chase 175 down even more disheartening.” Harbhajan Singh should be dropped for India vs Sri Lanka 2nd Test at Colombo

The former national selector was disappointed and shocked to see the lack of footwork of Indians batsmen. “I was also dismayed by the lack of footwork the Indians displayed. They were reluctant to play forward and quell the spin, and most of them got out to tentative pokes at the ball. This was totally at odds from the way both Shikhar Dhawan and Virat Kohli batted in the first innings when they were completely confident of their footwork. They should have also learnt from Dinesh Chandimal whose magnificent counter-attack changed the game for his side.” India’s failure to find all-rounder in Test cricket hampering their chances

Amarnath questioned whether the Indian batting are over-dependent on batsmen like Kohli and Dhawan. “This leads to the question of whether the Indian batting line-up is over-dependent on one or two players. The next two Tests will help us answer that question, but the evidence of this Test suggests that Kohli and Dhawan (now ruled out of the series with a hand injury) shoulder much of the responsibility of the team’s batting fortunes. The other strategy that needs to be reconsidered is the five-bowler one. A Test team can afford the luxury of five bowlers only if one is an all-rounder. In the absence of a quality all-rounder, it’s best to play four bowlers. If your four bowlers are high-quality there is no need for a fifth ­ that role can be adequately shouldered by a part-timer. Ravichandran Ashwin’s 6 for 46: Best bowling figures for India in Sri Lanka

Amarnath praised Ravichandran Ashwin. “There were many positives for India — the excellent bowling of Ashwin and the batting of Dhawan and Kohli were all examples of the potential this young team has. I would not enter Thursday’s Test with any feeling of diffidence as they are just a few minor adjustments away from a positive result,” Amarnath concluded. POLL: Who is Sri Lanka's greatest ever Test batsman? 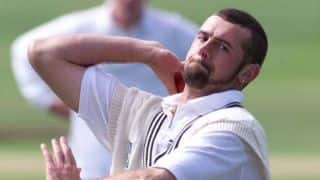