India seamer Mohit Sharma described his international debut as a "dream" after earning the Man-of-the-Match award in a nine-wicket victory over Zimbabwe in Thursday's fourth One-Day International. 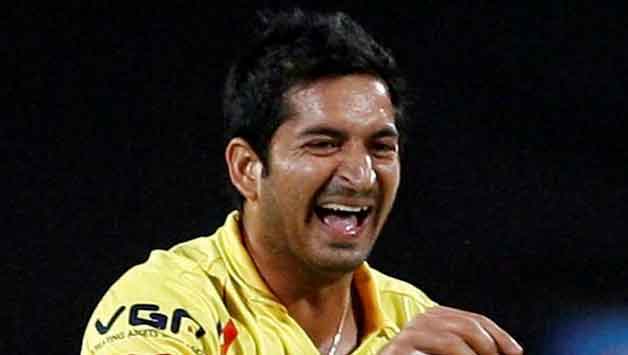 Mohit Sharma impressed Indian selectors during IPL 2013 with the Chennai Super Kings. He was selected in the Indian squad for the ODI series in Zimbabwe © PTI

India seamer Mohit Sharma described his international debut as a “dream” after earning the Man-of-the-Match award in a nine-wicket victory over Zimbabwe in Thursday’s fourth One-Day International.

Sharma claimed figures of two for 26 in 10 overs as India bowled the home side out for just 144, before India cruised to their target inside 31 overs.

Zimbabwe’s batsmen found the 24-year-old pacer from Haryana unplayable in the opening overs of the match as he beat the bat on numerous occasions and took the wicket of opener Sikandar Raza in an opening spell that saw him take one for 13 in six overs.

“It all feels like a dream, but I have worked on my bowling and it is showing,” said Sharma. “I am ready to do well in whatever opportunity I am going to get.”

Sharma rose to prominence during this year’s Indian Premier League, when he became Chennai Super Kings captain MS Dhoni‘s preferred bowler in both the opening overs and at the death.

He used those skills to good effect on Thursday during the batting powerplay, when he ended Zimbabwe’s only meaningful partnership as had Malcolm Waller caught behind in the 37th over.

“It’s difficult to bowl in powerplays but we work hard in practice sessions,” Sharma said. “Playing under Dhoni and in pressure conditions has taught me a lot. I am just carrying that experience into international level.”

Although the dismal performance of Zimbabwe’s batsmen has been the main difference between the two sides as India have romped to a 4-0 lead in the five-match series, all-rounder Elton Chigumbura has been largely immune from criticism.

Chigumbura came in at 47 for five on Thursday, and hit a controlled 50 not out to take his series aggregate to 142 runs at an average of 71.

“The guys are working hard, but I think it’s just a matter of being smart when we start our innings, especially our first ten overs when we’re losing two to three early wickets,” Chigumbura said.

“I just had to keep to my strengths, and obviously take fewer risks. I knew on a flat wicket, if you stay there you always make runs.”

The fifth and final match takes place at the same Queens Sports Club venue in Bulawayo on Saturday.