Former Pakistani captain and wicketkeeper Moin Khan has reportedly been removed from his position as the manager of the national team.

According to the Express Tribune, PCB announced that Khan has been replaced by former fast bowler Zakir Khan, who was recently elevated as PCB’s Director of International Cricket Operations, adding that he has been assigned the task of the Asia Cup and the World Twenty20 tournaments in Bangladesh.

Zakir said that he would not compromise on discipline even though he would not make any undue interference in the side’s affairs, adding that his aim in these tournaments is to promote teamwork.

The report mentioned that Moin remained with the squad during the tour of Zimbabwe and the home and away series against South Africa and his last assignment was another home series in the UAE against Sri Lanka. 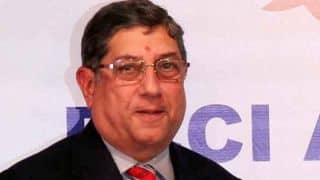