Moises Henriques is all set to make comeback after being away from cricket due to groin injury. He will be captaining Sydney Sixers in 2017-18 BBL. The all-rounder sustained an injury during a net practice session ahead of the last Sheffield Shield game for New South Wales. Henriques has played only 4 Tests piling up 164 runs at 23.42. His last Test was against Sri Lanka in 2016 where Australia were swept 3-0 by Sri Lanka.

Henriques is aware that he needs to pile on plenty of runs if he needs to catch the attention of the selectors. Mitchell Marsh returned to the squad and announced himself with his maiden Test century and what better podium than Ashes. Marsh was doubtful as well to make it to the Ashes after sustaining a shoulder injury during the India tour in March. However, he answered Australia s No. 6 queries after his unbeaten 181 in the ongoing third Perth Test.

Henriques, however, is aiming to make his BBL stint count. Henriques boasts a BBL average of 29.10 at a strike rate of 126. He had scored 34-ball 64 during the semi-final clash last year. And when the match headed for a Super Over, he exploded with a 5-ball 18 to take Sixers to final.

Henriques in a chat with cricket.com.au expressed the elation on returning to BBL as well as his Tests aspirations.

On Test return: I’d love to go out and score enough runs and almost take it out of the selectors’ hands. You don’t want it to be a 50-50 decision for the selectors on who to pick, you want to go out there and play well enough to own the selection. Sort of force them to pick you. If I had been batting as well as I’d liked I feel I would have been in the frame. I definitely felt close going into the Shield season and felt my performance last year justified that as well, so I need to repeat some good performances and keep playing well. I definitely feel like I’ve got the cricket in me to play Test cricket again.

On captaining BBL: We went really close last year and I felt we stood out and won a lot of our close games under pressure. The younger players will be more experienced, and we’ll be looking to those younger players more especially towards the back end of the season, they can step up and take us to our second BBL title. 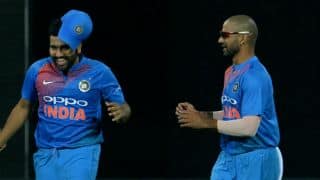 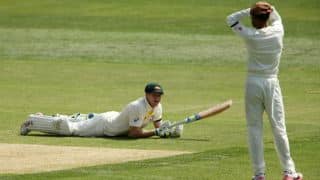