Moises Henriques and Nic Maddinson on Friday were named as Cricket Australia's Sheffield Shield Players of the Year.

Moises Henriques and Nic Maddinson on Friday were named as Cricket Australia’s Sheffield Shield Players of the Year.

In the past 12 months, Wilson has been appointed to his Test umpiring debut in Bangladesh’s one-off Test against Afghanistan, the ICC Cricket World Cup in England, three bilateral series and two major domestic finals.

The Lords Taverners Indigenous Player of the Year has been awarded to Ashleigh Gardner of the NSW Breakers and Sydney Sixers for the second time.

“We would like to applaud the winners of all nine State Cricket Awards after another successful domestic season. It is pleasing to see players and teams from across the country recognised in these awards, a testament to the strength of our domestic competitions,” Drew Ginn, Cricket Australia Executive General Manager, High Performance, said in an official statement.

Earlier, New South Wales (NSW) were declared as the winners of the Sheffield Shield after the competition was called off due to the coronavirus.

The announcement comes as Cricket Australia strongly recommended that cricket at all levels should be ceased in response to the global coronavirus pandemic.

In the Sheffield Shield, New South Wales won six, lost two and drew one of their matches for a total of 50.76 points. 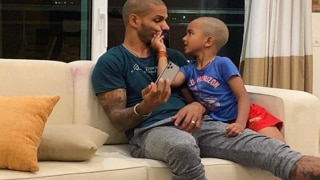