Henriques seemed to be out of danger while being carried out of the ground.

Henriques and Rory Burns clashed as they went for a chance against Sussex at Arundel on England’s south coast and the match was later abandoned, with home side Sussex 141 for seven in the 19th over. READ: Cricketer succumbs to blow on chest in Karachi

However, both Burns and Henriques were said to have left the ground “conscious and sitting up.” All-rounder Henriques suffered a suspected broken jaw after he was struck by Burns’s knee. Both players needed oxygen treatment and three ambulances were called onto the outfield before the pair, who each gave a thumbs-up sign to concerned spectators, were taken to St Richard’s Hospital in nearby Chichester for further assessment. READ: Head and face injuries in cricket — Part 1 of 3

Sussex physiotherapist John Marrale, one of the first to attend to the stricken duo, said: “Both were unconscious after the collision. Henriques was caught by Burns’ knee and Burns had lacerations on the top of his head and below his eye. READ: Head and face injuries in cricket — Part 2 of 3

“They were given oxygen and pain relief was administered by an intravenous drip before they went to hospital. He added: “Fortunately they were sitting up when they left the ground but it was a sickening incident.” The 28-year-old Henriques has represented Australia in all three international formats, most recently in a one-dayer against England at Hobart in January. READ: Head and face injuries in cricket — Part 3 of 3 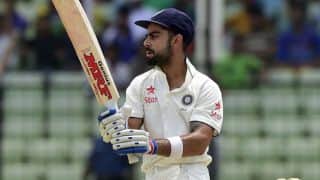 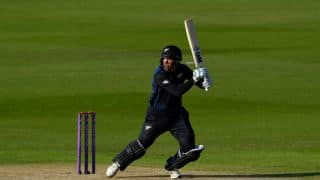