Mominul Haque who scored 176 in the first innings and 105 in the second became first player for Bangladesh to register triple digit score in both innings of a Test. His knock helped Bangladesh to draw the first Test against Sri Lanka. He scored his first hundred since November 2014.

Mominul was not included in Bangladesh playing XI for their 100th Test and was dropped out of the side in the opening Test against Australia at home. He was criticised for low run rate, problems facing short ball and off-spin. However, he couldn’t have asked for a better comeback. He became the 83rd player over all and first player for Bangladesh to score century in both the innings.

The last player to score a century in both innings was Shai Hope against England, last year. He was also the only player to do so in 2017. 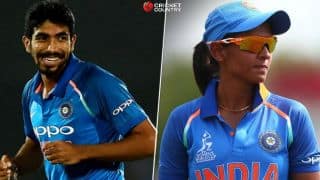