England spin bowler Monty Panesar has been fined for drunkenly urinating in public after being asked to leave a nightclub, police revealed on Wednesday. 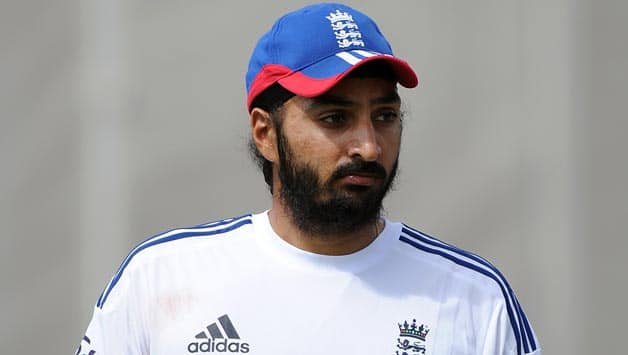 Monty Panesar was ejected from a club in England for urinating on bouncers. He was fined for being drunk and disorderly © Getty Images

England spin bowler Monty Panesar has been fined for drunkenly urinating in public after being asked to leave a nightclub, police revealed on Wednesday.

The 31-year-old was ejected from a club in Brighton on the English south coast in the early hours of Monday morning.

After he was seen urinating near the venue, police were called and he was issued with a fine for being drunk and disorderly.

“A 31-year-old man received a fixed penalty notice for being drunk and disorderly after being seen urinating in public near the Shooshh Club in King’s Road Arches, Brighton, around 4.13am (0313GMT) on Monday [August 5],” said a police spokesman.

The Sun newspaper claimed that Panesar was told to leave the club for harassing women and that he urinated from the promenade above the venue onto bouncers standing below.

Panesar was a member of the England squad that retained the Ashes after drawing the third Test against Australia in Manchester on Monday, but he did not play.

He has made 48 Test appearances for England and taken 164 wickets, but was omitted from the squad for the fourth Ashes Test, which starts on Friday in Durham, northeast England.

His county side, Sussex, said they would investigate the reports.

“Sussex County Cricket Club can confirm that an incident took place involving Monty Panesar in the early hours of Monday, August 5,” the club said in a statement.

“The matter is under full investigation and the club will make no further comment at this stage.”

Jeff Thomson's spell at Barbados in 1978 was the fastest I've seen: Tony Cozier