Monty Panesar has picked up 167 wickets in 50 Tests for England.

Monty Panesar, England’s  unremembered spin bowler, is ready to talk about the mental illness that resulted , him being out from Sussex and Essex and talks about his desire, one day of an England return. At the age of 33 years, and with 167 wickets in 50 Tests, that Panesar has to his credit and should have been in the prime of his career, as an international cricketer, not least given the otherwise showing no results of English spin bowling as obvious by the shortcomings of Moeen Ali, Adil Rashid and Samit Patel in the current  series against Pakistan as reported by espncricinfo.com ALSO READ: Monty Panesar released by Essex

On the other hand, he is without a County team going into the 2016 season, having been released by Essex at the end of last summer. He participated in just three First-Class matches in a unfortunate 2016 season, including one, against Kent in April in which he did not bowl in either each of two parts of the game. His increasingly odd behavior included time-keeping issues, for which he was warned by the club and expression of disapproval for his attitude in the field, for which he was at one point given a dressing-down in front of his team-mates. ALSO Read: Monty Panesar keen to regain form before England’s tour to UAE

However, in an attempt to come back into the sport, Panesar has been attending his problem with four professionals – a performance coach, a hypnotherapist, a psychiatrist and a psychotherapist – and desires that his recognition of his issues is the first step to resolve his issues.

Panesar said, “For a long time I was in denial that I had a problem, “It was in my first session with the hypnotherapist that I began to realise that something was wrong and that I needed help. The best way to describe it is that I have suffered from feelings of paranoia, and that these feelings were linked to my performances on the field. The worse things went, the lower my confidence went, the more paranoid I became. Things spiralled downhill so that I began to think my team-mates were all against me.”

Recollecting of an occurrence, in which outraged out of a gym session after being out-performed by James Foster, the club captain, and some of his younger teammates. He said,”I remember thinking that they were all out to get me and then when I calmed down I was, like, ‘These guys are my team-mates, why am I thinking like that?”

Panesar’s obsessional  nature has affected his lifestyle on tour as well. “I’d be in my room a lot, always thinking about cricket and bowling. I found I got on with most players, but I didn’t have any particularly close friends,” he said. “Those that I spent most time with were often tied up with my job: the wicketkeepers I’d work with, my bowling partners and one part of me thought, I should be the one out there bowling 30 or 40 overs a day going for two an over,” he said. “But then another part of me was saying, ‘Come on, Monty, you’ve not helped yourself.” 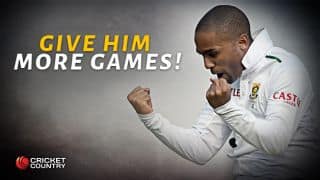 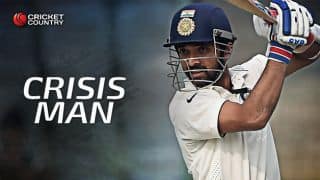