England spinner Monty Panesar ended speculation about his domestic future on Thursday by signing a two-year contract with English County side Essex. 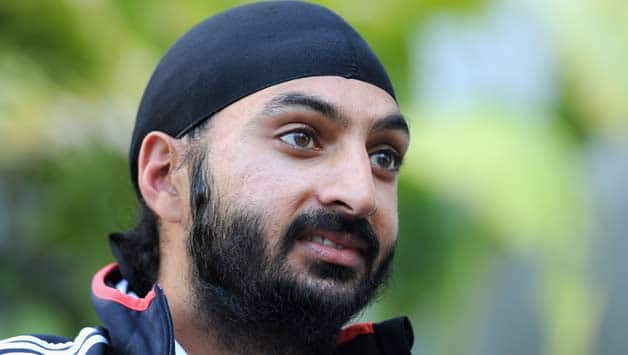 England spinner Monty Panesar ended speculation about his domestic future on Thursday by signing a two-year contract with English County side Essex.

Panesar, who is currently in Australia with England’s Ashes 2013-14 squad, initially joined the county on loan last season after hitting the headlines for the wrong reasons.

The 31-year-old left former team Sussex in August after he was fined by police for drunkenly urinating on doormen after being asked to leave a nightclub in the southern English town of Brighton.

However, his loan spell at Essex helped him secure a place in the England squad and he says he now owes the club a debt of gratitude.

“I loved playing for Essex last season. In the short time I was there, I was made to feel very welcome, both in the team and around the club,” Panesar said in a statement released by Essex.

“I will always remember how the supporters and members gave me a heart-warming round of applause when I first came on to bowl at Colchester last August.

“It helped me to feel respected and loved as a cricketer after experiencing a challenging time in my life.”

Panesar told British newspaper the Daily Mail last month that he feared he had “thrown away” his England career following the incident in Brighton.

He was subsequently dropped for the final Ashes 2013 Test and his embarrassment was compounded days later when footage of him being restrained by the doormen emerged on video-sharing website YouTube.

However, he finished the season in strong fashion by taking 14 wickets in his first six Essex appearances.

“We are delighted that Monty has decided to join our club,” said Essex chief executive Derek Bowden.

“He liked his time here at the end of last season and we enjoyed having him.”