Indian batsman Shreyas Iyer has revealed that veteran wicketkeeper-batsman Mahendra Singh Dhoni advised him to stay away from all sorts of media platforms in order to stay focused.

Indian batsman Shreyas Iyer has revealed that veteran wicketkeeper-batsman Mahendra Singh Dhoni advised him to stay away from all sorts of media platforms in order to stay focused.

Speaking during a talk show, Shreyas revealed the advices he has received from his dear ones after entering the media frenzy world of cricket.

“After I joined the Indian cricket team, MS Dhoni advised me that I need to avoid reading the newspapers and should try to stay away from social media as much as possible,” the 23-year-old right-hander from Mumbai said.

“Social media has become a big part of our lives and I try to manage it well but it’s the criticism that motivates me and keeps me going.”

Adding further on how he handled the attention he receives from his fans, Shreyas recalled how a girl’s behaviour, whom he knew from before, changed after the news on him being picked in the Indian Premier League (IPL) auction was out.

He shared: “Soon after the auction news was out, this girl whom I knew started messaging me. On confronting her as to why she is desperately trying to reach out, I got to know that she was doing so because she was happy for me.

“That’s when I understood that rather than getting to know me, she was behind the money.” 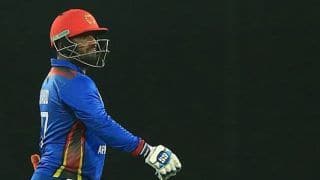 Mohammad Shahzad gets one-ODI ban for breaching code of conduct 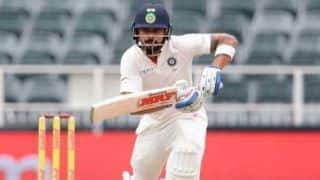