RPS skipper Mahendra Singh Dhoni has admitted that his side were lacking in bowling department so far against DD in their IPL 2016 clash.

Visakhapatnam: Rising Pune Supergiants (RPS) skipper Mahendra Singh Dhoni has admitted that his side were lacking in bowling department so far, but is glad to see them finally returning to action during his side’s 19-run win over Delhi Daredevils (DD) in their Indian Premier League (IPL) clash at the ACA-VDCA Cricket Stadium last evening. Opting to bat first, Delhi Daredevils failed to counter Supergiants’ bowling attack and were restricted to 121 runs in their stipulated 20 overs. Man of the match Ashok Dinda finished with the figures of 3-20 while Adam Zampa also bagged three wickets giving away mere 21 runs in his quote of four overs. FULL CRICKET SCORECARD: Rising Pune Supergiants  vs  Delhi Daredevils , Live Score, 49th T20 Match, IPL 2016

In reply, Supergiants’ play was disrupted by rain and they were declared winners by the Duckworth-Lewis method after posting 76 in 11 overs. Dhoni said his bowling department performed as a unit in the match, which helped them to seal victory against the sixth-placed IPL team. “I think the fast bowlers also bowled well. They gave the platform where the spinners could put the pressure on the opposition batsmen. This is something that we were lacking. The fast bowlers were not able to put much pressure upon which the spinners could have really relished. It is good to see them bowl as a unit together and also a bit of luck. Yes, you need a bit of luck in the game. Overall, I felt that the bowling department did really well,” Dhoni said after the win. IPL 2016: George Bailey recalls getting hit on helmet

India’s limited-overs skipper insisted his bowlers performed to their strength and hopes it would provide them with some comfort level ahead of the next match. “I feel overall we bowled to our strength today. We know bowling is the department where we face a bit of challenge. and we are bit worried as to who is our best bowling option, who is the one who can give us wickets with the new ball, whether he can still deliver in the death over. Something that was always there, but it is good to see us coming into action, doing well. What really happen is it will give us comfort level for the next season,” he said.

With the win, Dhoni’s side have also dented Daredevils’ hopes of making it to the play-offs. Supergiants, who are already out of the contention for the play-offs, will play their last inconsequential match against Kings XI Punjab at the same venue on Saturday. 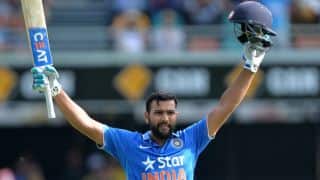 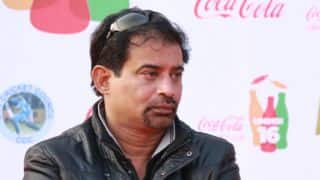