Richie Richardson, Steve Waugh and Shaun Pollock were involved in three ties each as captain.

MS Dhoni has become the first captain to be involved in four One-Day Internationals (ODIs) ties. This feat was achieved as India tied the third ODI against New Zealand in Auckland on January 25, 2014.

New Zealand posted a total of 314 in their 50 overs on Saturday.

India needed 18 runs of the last over but Ravindra Jadeja’s heroics fell short as the match ended in a tie. He finished unbeaten on 66 off 45 deliveries with five fours and four sixes.

Dhoni’s first tied ODI was in the ICC World Cup 2011 against England in Bangalore. His second was also against England, but this time it was at Lord’s on September 11, 2011. 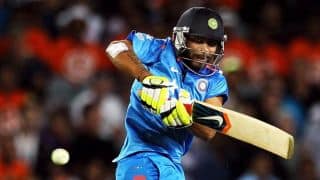 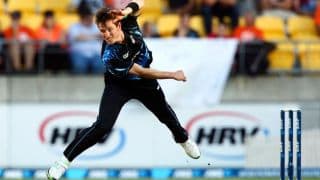