Team India captain MS Dhoni became the most successful wicketkeeper in T20Is by surpassing Kamran Akmal's record of most dismissals in T20Is.

MS Dhoni became the most successful wicketkeeper in T20Is by surpassing Kamran Akmal’s record of most dismissals in T20Is. While Akmal has 28 catches and 32 stumpings to his name, the Indian captain has bagged 40 catches and 21 stumpings, making it a total of 61 dismissals in the shortest and fastest format. In the first contest of the three-match T20I series against Zimbabwe, Dhoni pouched an easy catch that came of Hamilton Masakadza’s top edge and attained this remarkable achievement. Captain Cool, who has been leading the Men in Blue for almost a decade, helped the team emerge triumphant in the inaugural edition of World T20. His smart and methodical tactics have bested many teams over the years. Full Cricket Scorecard: Zimbabwe vs India, 1st T20I, at Harare

Dhoni has helped India scale new heights in all the formats, and is considered one of the most successful captains of all times. Moreover, he is the only captain to win ICC Cricket World Cup, ICC World T20 and ICC Champions Trophy.

In the three-match One-Day International (ODI) series against Zimbabwe last week, Dhoni achieved the feet of reaching 350 dismissals in ODIs. The only three players who are ahead of Dhoni are Kumar Sangakkara, Adam Gilchrist and Mark Bouncher. Not only is he the most successful captain but also India’s most successful wicketkeeper. 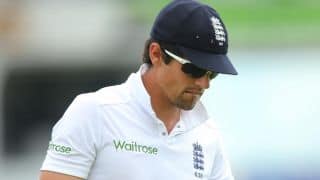 Alastair Cook to work towards facing left-arm pacers vs Pakistan 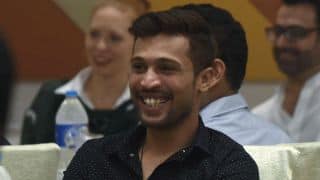