MS Dhoni became third cricketer to have fan base of more than 10 million on Facebook.

Tendulkar, whose fan page was started on one of the most successful and famous social networking website in September 2012, has a fan base of whopping 21 million. Tendulkar had made a spectacular debut on Facebook as he got more than 4,10,000 ‘likes’ in a matter of hours. Tendulkar’s official Facebook page is being managed by Seven3Rockers. 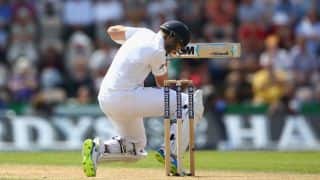