He would soon be seen leading Chennai Super Kings in the upcoming 13th season of IPL. Former India captain MS Dhoni is a humble person and there is no secret about it. On Tuesday, the 37-year-old was attending an event in New Delhi along with his wife Sakshi. In a video posted by Sakshi on Instagram, the former skipper can be seen blushing when his wife, from behind the camera calls him ‘sweety’.

She says, “Sweety, at least look at me’. Dhoni blushing is too adorable and would be a treat for fans. The Chennai Super Kings skipper enjoys a massive fanbase and this video posted by Sakshi is a testament of that. With over 3.3 lakh likes in merely four hours, this video is already going viral. Sakshi captioned the video, “#Sweetyoftheday”.

Meanwhile, Dhoni, who has not played international cricket since India’s loss in the 2019 ICC Cricket World Cup semi-final, has been dropped from BCCI’s central contract recently.

Last week, the former skipper was attending an event at the Jharkhand State Cricket Association (JSCA) in Ranchi where he was trying to whistle with spring onions in the presence of Jharkhand Chief Minister Hemant Soren. The two-time World Cup-winning skipper was seen in a happy mood during the event where he and Soren inaugurated new facilities.

He would soon be seen leading Chennai Super Kings in the upcoming 13th season of IPL. 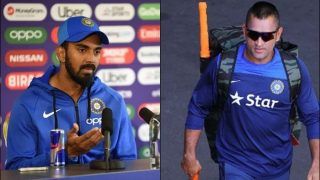 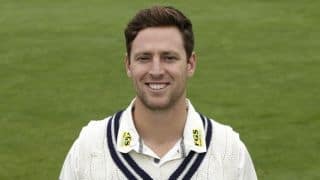