One of the most iconic players in the shortest format of cricket, Dhoni is playing this tournament as a non-captain after Rising Pune Supergiant decided to hand Steven Smith the leadership of the team.

MS Dhoni on Saturday completed his overall 250 matches in the T20 format, during the fifth match of the ongoing Indian Premier League (IPL) 2017 between Rising Pune Supergiant (RPS) and Kings XI Punjab (KXIP) at the Holkar Stadium in Indore. One of the most iconic players in the shortest format of cricket, Dhoni is playing this tournament as a non-captain after Rising Pune Supergiant decided to hand Steven Smith the leadership of the team. Otherwise, Dhoni has an excellent record, winning the inaugural ICC World T20 2007 in South Africa, and then following it up with two wins in IPL with the Chennai Super Kings (CSK).

Dhoni is the first Indian cricketer to play 250 T20 matches, as he follows several cricketers in a list dominated by a string of West Indies players. At the top is Kieron Pollard with 359 matches, followed by Dwayne Bravo with 344 games. South Africa s Albie Morkel has played 298 matches, whereas at the fourth spot is the West Indies explosive batsman Chris Gayle. Ryan ten Doeschate of the Netherlands has played 285 games, whereas two Pakistanis Shoaib Malik and Sohail Tanvir have 271 and 252 matches in the T20 formats for various sides respectively.

Dhoni has played his 250 T20 matches for India, Indians, Chennai Super Kings, Rising Pune Supergiant, Rising Pune Supergiants and his state side Jharkhand. Dhoni s current side had undergone a name-change before the 10th edition of IPL, removing the letter s hoping for a better fortune. Dhoni s teammate at CSK, Suresh Raina, is not far behind with 246 matches in his career. 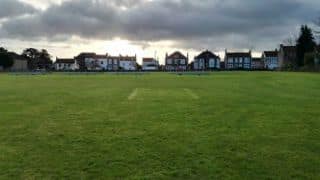 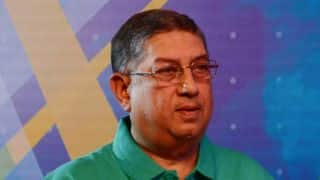