India skipper Mahendra Singh Dhoni was disappointed with his team's overall batting and bowling display after losing the first One-Day International (ODI) against Australia by 72 runs, but said he did not want to single out players. 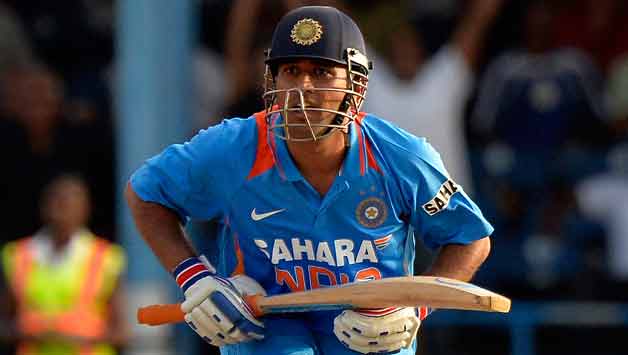 India skipper Mahendra Singh Dhoni was disappointed with his team’s overall batting and bowling display after losing the first One-Day International (ODI) against Australia by 72 runs, but said he did not want to single out players.

“I don’t want to single out any player. Our batting as well as bowling was not up to the mark. It was not a 300-plus track, and we gave width to their batsmen. Our spinners brought us back into the game. Jadeja bowled well and Yuvraj struck at an important time, but we did not execute our plans,” said Dhoni at his post-match press conference.

Dhoni said while starting the run chase, the team was confident though it lost an early wicket — that of Shikhar Dhawan — as Rohit Sharma (42) and Virat Kohli (61) had a substantial partnership.

“But we lost too many wickets in the middle overs. We did not have enough partnerships We need to convert out 40s and 50s into bigger scores,” said Dhoni.

Asked why Suresh Raina was sent up the order at number four instead of Yuvraj, Dhoni said the team wanted the former to get used to bat in this position looking ahead of the 2015 World Cup.

“We don’t have anyone other than Yuvraj who can bat at this position. We want to give opportunity to Raina to bat at number four and get used to it.”

“They executed their plans very well and we did not do ours,” he emphasised.

He, however, did not agree to a suggestion that the Indian batsmen once again showed their weakness against short, rising deliveries from the Australians.

“There are no weaknesses against the short ball. We did well in the Champions Trophy and in the series against the West Indies. Let’s not go there again,” he pleaded.

Dhoni said the Australian bowlers used their superior strength and height to extract more bounce from the wicket than the Indians and the dew also helped the visitors.

“When the game started the wicket was a bit two-paced but later it settled down,” he said.

He blamed the shot selection of the Indian batsmen rather than their weaknesses.

“Our shot selection was not good,” he declared.

He also denied that India took Australia lightly and said it was the media that called the visitors “underdogs”.

“It was a fantastic all round bowling performance. Clint [McKay] and Mitchell [Johnson] started fantastically well. James [Faulkner] was targeted early but fought back very well,” he said.

When pointed out that the team had scored 300 which normally was a winning total, Bailey said, “300 normally should be enough but not in these conditions.”

“It’s important that everyone contributed,” he said.

“In partnerships, he also puts pressure on the bowlers.”

About his own batting, Bailey said, “I try to build innings and partnerships at number four.”

Saeed Ajmal: An off-spinning great who may never play a Test in his home country