India plunged to a humiliating five-wicket defeat against Bangladesh after setting them a challenging 290-run target but India skipper Mahendra Singh Dhoni reposed faith in his bowlers, saying they will learn from mistakes and start performing under pressure. 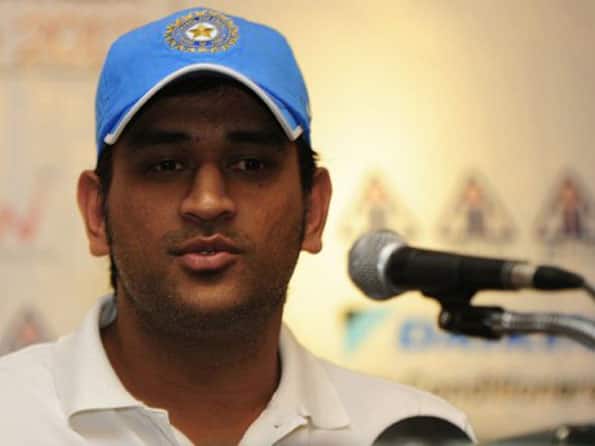 India plunged to a humiliating five-wicket defeat against Bangladesh after setting them a challenging 290-run target but India skipper Mahendra Singh Dhoni reposed faith in his bowlers, saying they will learn from mistakes and start performing under pressure.

Bangladesh pulled off a stunning win thanks to a fantastic team effort as the top and middle batting order batted with never-say-die attitude.

Dhoni said a better team won the match in the end.

“They played better cricket throughout. They began well and capitalised on that. They made sure they spent time on the crease. At the start of the Powerplay our bowlers felt the pressure and crumbled. A a bit more runs on the board would have been better,” Dhoni said after the match.

Asked if his side lacked bowling talent, Dhoni said, “Talent is there. They just need to execute plans with consistency. The youngsters will learn more. They will start performing. They felt the pressure today.”

Dhoni was full of praise for the hosts.

“Bangladesh can play really well on their day, they used the conditions well, their reverse swing bowling was good. And they got the partnerships going.”

Reacting to Sachin Tendulkar’s historic 100th international century, Dhoni said,” This is something most of us cannot even think of. It is a tremendous achievement. We cannot forget this.”

Tendulkar was presented a commerative plaque by the Bangladesh Cricket Board for his achievement.

Winning skipper Mushfiqur Rahim, who himself played a terrific 46 run knock off just 25 balls in his team’s win, dedicated the win to former teammate Manjural Islam Rana, who passed by five years back.

“It’s a huge moment for us. We want to dedicate this to Manjural Islam Rana. Today it was a great, we really appreciate our win. We stood up today. The bowlers did a good job and batsmen gave a good start and then capitalised,” he said.

Shakib Al Hasan, who set up the win after his fiery 49 off 31 balls, said the victory was a result of team effort.

“It was a great team effort, we batted really sensibly. I’m a very happy man now. The innings was crucial because I gave the rest the belief they could win. We had a plan to put Nasir up the order. If we win against Sri Lanka we can make the final but we don’t want to depend on others,” he said.(PTI)