Dhoni edged a Mitchell Starc off-cutter onto his stumps.

MS Dhoni was bowled by Mitchell Starc moments after completing the fifty-run partnership with Rohit Sharma, departing on a score of 19 from 31 balls, as India lost their fifth wicket with 237 runs on the board. Sharma was batting on a score of 127 from 131 balls on the other end, as India looked likely to set a target within the range of 300 for Australia in the second game of the triangular series featuring England aside from the two aforementioned teams. Starc took his third wicket of the innings as a result. 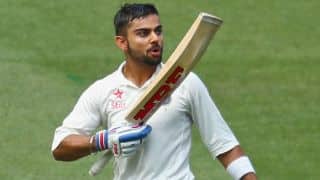 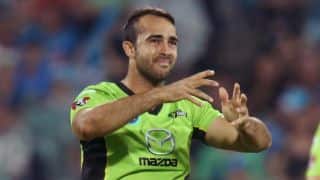