Indian skipper Mahendra Singh Dhoni on Sunday backed the team's rotation policy in the top order, saying the top three batsmen were not playing each game because they are slow on the field. 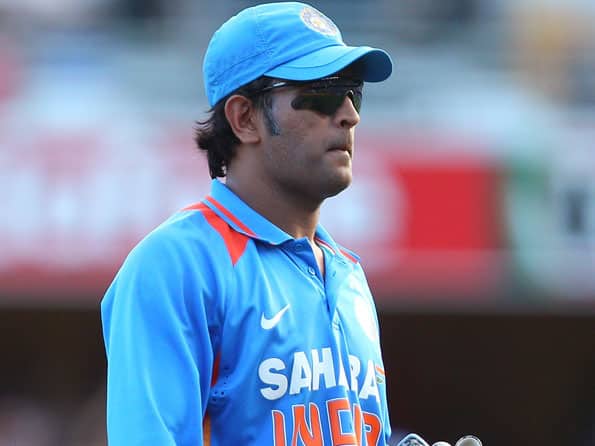 Indian skipper Mahendra Singh Dhoni on Sunday backed the team’s rotation policy in the top order, saying the top three batsmen were not playing each game because they are slow on the field.

Dhoni explained the reasons why Virender Sehwag, Sachin Tendulkar and Gautam Gambhir are not playing all the games together, even as India lost the tri-series game against Australia by 110 runs at the Gabba.

“It might happen (they playing together, but) it would affect our fielding in a big way, it’s not only these three, there are quite a few other players who are also slow on the field. If you really add it up, you would have only two or three good fielders.

“These fielders are not bad but on these big fields, they are slightly on the slower side. They would be exploited once the ball goes to them, the Australians and Sri Lankans would look for those two or three runs to put pressure on their body. Their throwing and diving needs to be good,” Dhoni said.

The skipper said fielding in the big grounds of Australia could lead to breakdowns.

“They are safe fielders on the slower side. The pressure would be on them. They would have to throw from positions where there would be pressure on them. There would be breakdowns. It’s not like India where the ball goes to a boundary and you just throw it back. Here, you can pull muscle or a hamstring.

“Batting and bowling is something which has variables but fielding is one department where you could always score. It keeps the morale of the team up, there is intensity.”

Dhoni and Brett Lee had quite a few exchanges in the middle during India’s innings but Dhoni refused to reveal them.

“It’s between two men. I don’t know whether Brett Lee would tell you or not but it’s definitely not coming out of me.”

Dhoni backed Suresh Raina to stick to number six which he described as a difficult position.

“If I need number six, Raina is someone who suits the slot more than Rohit because he has more experience at that number. Its difficult to perform and someone who has played there should be given that extra liberty because he knows how to play at number six.”

The Indian skipper said it was important that not only India wins the tournament but also youngsters get enough exposure.

“It should be both. You want to do well. You can always say opposition played well but at the end of the day you feel bad if you are not winning.

“We would like to get a bit of both, we need to get into the finals first. Then it’s a three-match series.

“The youngsters would be coming here again and again, may be for the next World Cup also. They also need to know how to play in these conditions against an attack which is world class.”

Dhoni also explained the continued absence of Virender Sehwag because of his back spasm.

“He wasn’t available today. I don’t know how he turns up tomorrow, hopefully he would be fit.” (PTI)

I was approached by match-fixers, says Paul Nixon