The stage is set for a 5-0 whitewash with India's yet another comprehensive win over England on Sunday and skipper Mahendra Singh Dhoni says the team will leave no stone unturned in terms of preparations for the fifth and final One-dayer in Kolkata. The stage is set for a 5-0 whitewash with India’s yet another comprehensive win over England on Sunday and skipper Mahendra Singh Dhoni says the team will leave no stone unturned in terms of preparations for the fifth and final One-dayer in Kolkata.

India hammered England in the fourth ODI by six wickets with 9.5 overs to spare to go ahead 4-0 in the series.

“We have played good cricket in the last few days. There have been instances when we were under pressure but we came out well. If we have won four games it does not mean we will win fifth also. We have to play well and we will go well prepared for the game,” Dhoni said after the match.

The last ODI is scheduled for October 25.

Dhoni said after England’s flourishing start, they thought of chasing close to 270 runs but the spinners turned the tide in his team’s favour.

“They got a good start. After 10 overs we thought they will get 270 plus. But there was a twist in the tale. Spinners got more and more turn as the game progressed and that helped us restrain them,” he said.

Dhoni also said pacer Varun Aaron, who made his debut, was a good addition to the team.

“He bowled quick. If you can bowl quick, it’s difficult to rotate the strike. Now we have both Umesh Yadav and Aaron and we can make a good choice according to the conditions,” he said.

Dhoni was also happy with team’s fielding. “We have improved a lot. Those 10 runs (saved) matter.

Overall it has become a good fielding unit.”

A dejected Alastair Cook blamed lack of partnership for his side’s defeat.

“We fell short again. In Indian conditions, you need to score 270, 280. We lost wickets in cluster today. 220 was never going to be enough. We kept losing wickets,” the England skipper said.

“We have not performed to our potential. We have not played as well as we would have liked to. The guys would definitely want to win in Kolkata,” he added.

Suresh Raina, who scored a quick-fire 80 off just 62 balls, was adjudged Man-of-the-Match.

“The partnership with Virat was crucial. Me and Virat spoke to each other and he said, ‘we have to be together for about 100 runs’. He said ‘we’ll rotate strike and wait for the loose deliveries to play our shots’,” he said.

Raina was bowled by Steve Finn when the diminutive left-hander went for a big shot to eventually miss put on a century.

“I had decided to play my natural game. But I won’t repeat that mistake again. We will try to win it 5-0,” he said. (PTI) 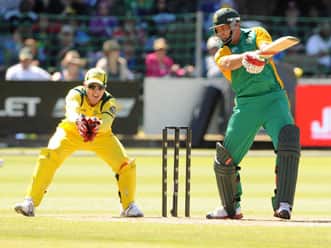