Dhoni's video of batting at the nets in Ranchi has gone viral with many fans backing the former Indian captain to make a comeback in the national side.

Good news for Team India fans as MS Dhoni has decided to make his way back to the national side by playing regular cricket. Dhoni, who has not played a competitive game since the ICC Cricket World Cup 2019 semifinal against New Zealand in July, had a net session at the JSCA Stadium in Ranchi, raising hopes of a comeback.

The 38-year-old wicketkeeper-batsman has opted for a long sabbatical from the game since India’s exit from the World Cup. During the break, he served in Indian Army s Parachute Regiment in Kashmir valley where he performed duties ranging from patrolling to guarding the post. Since Dhoni’s absence, Rishabh Pant has been backed by India selectors to come good and take legendary wicketkeeper’s place as primary glovesman in the national side for the 2020 T20 World Cup.

Retweet if you can t wait to see him back!😇😍#Dhoni #MSDhoni #Ranchi #JSCA pic.twitter.com/2X6kbQNYMG

On Thursday, the Talismanic cricketer was seen sweating it out at his home ground at the JSCA Stadium in Ranchi. Dhoni will be eyeing a place in the India squad for the upcoming limited-overs home series against West Indies which starts next month.

However, he remains unavailable for the three T20s and as many ODIs against the West Indies starting December 6 in Mumbai.

He is not available for the West Indies series, a BCCI official said.

Ever since the World Cup semifinal loss to New Zealand, Dhoni s future has been a subject of intense speculation but Dhoni himself has not spoken a word on it. The Indian team, as mentioned by chief selector MSK Prasad, seems to have moved on with Pant becoming the number one choice in the shorter formats.

“Post World Cup, I made it clear we are moving on (from Dhoni), we are giving opportunities to the youngsters so that they establish themselves. Samson is being looked at as the back-up wicket-keeper. Samson was inconsistent when he was drafted in India’s squad last time, but he has had a good year and that is why we thought of drafting him in the squad,” chief selector Prasad had said when asked about Dhoni’s future at the time the squad for the recently concluded T20I series against Bangladesh was announced.

Apart from Pant, Sanju Samson has also been knocking at the doors with some big scores in the domestic limited-overs circuit. 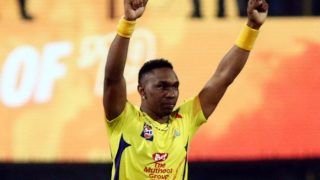