On his international comeback, MS Dhoni became the fifth batsman to score 10,000 runs for India.

On his international comeback, MS Dhoni became the fifth batsman to score 10,000 runs for India. Walking in to bat at No. 5 in the first ODI of a three-match series against Australia on Saturday, Dhoni was just one run shy of reaching the milestone which he completed off the seventh ball faced.

Prior to the Sydney ODI, Dhoni had already accumulated 10,731 runs in the format but 174 runs of them came while playing for Asia XI against an Africa XI in a three-match series in 2007.

He joins the likes of Sachin Tendulkar, Sourav Ganguly, Rahul Dravid and current captain Virat Kohli in the elite club of batsmen to have hit 10,000 or more runs for India.

Kohli and Dhoni are the only two active cricketers in the select club.

Dhoni, 37, also holds the record for being the only captain to have won the 50-over world cup, ICC World T20 and ICC Champions Trophy.

He scored 51 off 96 on Saturday while forging a century stand with Rohit Sharma to bail India out of deep trouble in the chase of 288 at the Sydney Cricket Ground. 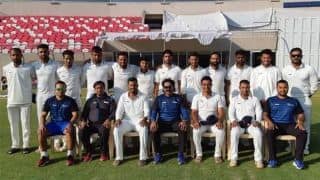 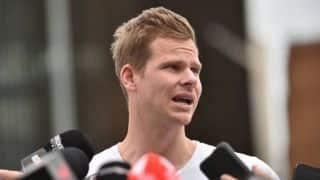