India lost the mini T20I series against West Indies that was held at Fort Luderdale at Florida on August 27 and 28.

The second Twenty20 International (T20I) match between India and West Indies saw a delay of nearly an hour due to failure of the production house to connect satellite uplinks that delayed the telecast of the match on time. India limited-over skipper MS Dhoni is surely miffed about this incident and considers it unpardonable incident. The main broadcasters Sunset and Vine, who provide the game satellites to Star Sports, failed to uplink the signals. Dhoni’s furiousness was very much evident and he has filed a complaint about the same to BCCI. Dhoni was informed about the delay through the Star Sports production team who was assisting Sunset and Vine. ALSO READ: IND vs WI 2nd T20I delay to be discussed in ICC’s annual workshop

A top BCCI official said, “Dhoni’s argument – based on ICC match guidelines – was that the match should start and not wait for the satellite signals. But the production house and, in turn, the host broadcaster, had a contrarian point of view,” as reported on Firstpost.com. As per the ICC guidelines, a match can get delayed only on three points be it rain, poor light or unfit playing surface. The delay of the second T20I did not fall under any of these points that lead to Dhoni’s argument. Dhoni also claimed that long delays severely impact the outcome of the match as well.

BCCI source further added, “Dhoni argued for long for the match to start.  But the production house kept buying time from Dhoni, saying their technicians would be able to fix the problem”. Eventually, Dhoni accepted the argument of Sunset and Vine, but was “extremely miffed”.  This is not first time match has been delayed or not broadcasted on time.  An India-Sri Lanka ODI at Hobart, Australia, on 28 February, 2012, was delayed due to power failure. In 2011, Neo Sports ran into legal issues with the host broadcasters, Doordarshan, and missed broadcasting the first 2.5 overs of the first ODI between India and England. ALSO READ: IND vs WI 2nd T20I timings tweaked on request of both teams: ICC

The source further mentioned, “Dhoni’s argument was simple. He wanted to know if it was within the rules to delay the match because of a satellite failure. He wanted to know what happens to those who are in the ground, and had bought expensive tickets for the match.” It was not immediately known whether the broadcaster had waited for the satellite uplink because of financial considerations. Top Advertising honcho Sunil Gupta also expressed his views and added, “ While the game is important, equally crucial is the cash that goes into setting up the games. Both go hand in hand and one cannot be ignored over the other.  Its through advertisers’ cash that Indians get to watch world class sports for peanuts, unlike other countries where sports channels come at a premium. You cannot ignore the demands of a channel to delay the match due to a technical glitch.” ALSO READ: Dhoni disagrees with Brathwaite’s take on outfield in 2nd T20I

It is not just Dhoni but also Star Sports who have asked ICC reasons for the delay in satellite uplinking. The BCCI official also mentioned that Star Sports had explained it as ‘technical difficulties’ at the start of the telecast. He denied providing further comments thereafter. ICC officials from Dubai have said that they will discuss the matter in the next month’s meeting apart from the wide range of topics to be discussed. ICC had provided the coverage rights for three years to Sunset and Vine that included the ICC T20 World Cup 2016 and 2019 as well. 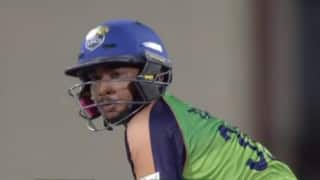 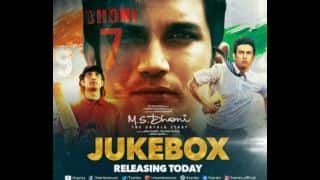 Fans go crazy on Twitter over launch of 'MS Dhoni: The Album'