India skipper Mahendra Singh Dhoni has become the first cricketer in the world to be chosen for the AIPS Fair Play 2011 award for his exemplary action in recalling Ian Bell, who was declared out by the umpire during the Test series in England. 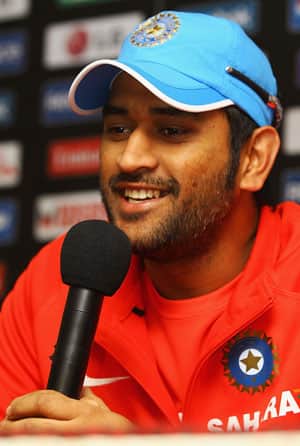 India skipper Mahendra Singh Dhoni has become the first cricketer in the world to be chosen for the AIPS Fair Play 2011 award for his exemplary action in recalling Ian Bell, who was declared out by the umpire during the Test series in England.

Dhoni was officially informed about his selection by Roslyn Morris, Secretary General of the All Internationale De La Press Sportive or International Sports Press Association, (AIPS) yesterday at Sydney.

Talking to PTI from Australia, Morris said, “Since Dhoni will not be able to attend the award ceremony on January 13 during the AIPS Congress in Innsbruck, Austria, he was presented with a commemorative plaque at Sheraton Hotel in Sydney yesterday.”

AIPS President Gianni Merlo will present Dhoni a trophy during the inauguration of the 2012 edition of the Indian Premier League (IPL) on April 4.

“Cricket is the second most popular sport in the world behind football. I value and appreciate cricket’s role in the sub-continent and throughout the Commonwealth and hope that the fact we have given a fair play award to a cricketer will encourage the younger generations to pursue the sport honestly and reject corruption and deceit,” Merlo said.

Dhoni’s act of fair play occurred during last summer’s series in England when he recalled Bell following a contentious run out decision.

On what was the last ball before tea on the third day, Bell hit the ball towards the boundary. He mistakenly thought it had gone for a boundary, left his position and walked off the field assuming the session was over and the ball dead.

Bell was correctly given run out by the umpire, according to the laws of cricket. But later Dhoni withdrew the appeal and allowed Bell to continue batting.

“We knew that according to the laws of cricket he was out but we asked ourselves if this was the way we wanted to get a batsman out and if it was in the spirit of the game. The answer came back as ‘no’. We agreed that we were not happy about it and would not feel comfortable at the end of the day back in our hotel rooms,” Dhoni said.

Dhoni added that a similar thing had happened in the West Indies when Indian run machine VVS Laxman was stumped when the keeper took the bails off in the third Test at Dominica.

“It was not quite right,” Dhoni said.

The 30-year-old Dhoni, has been the recipient of many awards including ICC ODI Player of the year in 2008 and 2009.

Dhoni, who made his Test debut at Chennai against Sri Lanka in December 2005, was instrumental as captain to put India in the number one spot in ICC Test cricket rankings.

Football stars such as Diego Marodona and David Becham have been the recipients of this award in the past and last year it was given to Ronaldo. (PTI)

Fans, media asked to stay away from India's training session