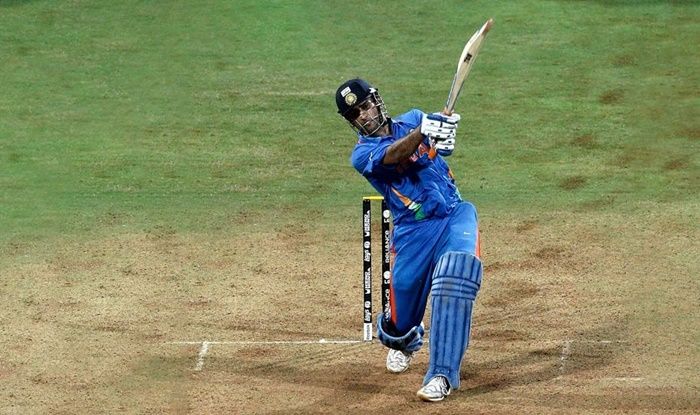 MS Dhoni walked into collective consciousness with his big-hitting abilities before settling into the role of a finisher as he took over the captaincy role. Time and again, he engineered numerous successful Indian chases, snatching victories from difficult positions. Be it for India or his IPL franchise Chennai Super Kings, Dhoni the captain and the batsman – has cemented his legacy.

As Dhoni ticks another year and turns 39, here is a look at ten of his most memorable innings across formats.

After a few misses – and looking to cement his spot in the side – he made his first big impression on the international stage against arch-rivals Pakistan in 2005 at Vishakapatnam in the second ODI of a six-match series. Batting first, India lost Sachin Tendulkar early, and Dhoni was promoted up the order – as he joined Virender Sehwag. The pair started well, but the hosts lost a couple of wickets off consecutive balls. Rahul Dravid then joined Dhoni – who had got his eye in by then. The Ranchi-born smashed a whirlwind 148 off 123 balls, his innings laced with 15 fours and four sixes. He was chosen Man of the Match for his effort, laying down the marker for what’s to come.

Within a few months after slamming his maiden ton – Dhoni gave the world a glimpse of his range and brutal hitting once again when India hosted Sri Lanka in Jaipur. After having taken a 2-0 lead in the seven-match series, Dhoni was promoted up the order at No 3 and he did not disappoint. Chasing 298, Dhoni got going from the outset. He slaughtered the Lankan attack which comprised veterans like Chaminda Vass and Muttiah Muralitharan. Dhoni remained not out on 183 off 145 balls, hitting 15 fours and 10 sixes, as India reached the target with 23 balls to spare and 6 wickets in hand. That remains to date the highest score by a wicketkeeper-batsman.

The 2006 tour of Pakistan can be said as the series where Dhoni established his reputation as a finisher. During an ODI, he blasted 76 off 46 balls to help India go over the line at the iconic Gadaffi Stadium. The match will be best remembered for its post-match press conference where the then Pakistan president Parvez Musharraf hailed Dhoni for his brilliant batting and also advised him to keep his famous long locks intact.

Dhoni’s reputation had grown immensely in world cricket by then, he had also led India’s victorious campaign at the inaugural T20 World Cup. Known for his limited-overs exploits, Dhoni showed he can easily change his game according to the situation. At Lord’s, with India reeling at 180/5 on the final day. Dhoni and Laxman put an 80-run-stand, but more importantly, saw off 30 overs. After Laxman’s departure, Dhoni – in the company of tailenders – played out 20 more overs under gloomy condition before the Test was finally abandoned due to bad light, helping India save the game.

India was trailing 0-1 in the seven-match ODI series, and that is when Dhoni’s 124 off 107 balls in Nagpur helped the hosts put on a mammoth 354/7 in 50 overs. He hit 3 sixes and 9 fours as India eventually won by 99 runs and as expected Dhoni was given the Man of the Match award.

Batting first against Sri Lanka, India were reduced to 81 for three and that is when Dhoni arrived at the centre, He played a captain’s knock to perfection, scoring 107 off 111 balls to help India post 301. But that was not enough as the Lankans won the match, thanks to an instrumental ton by Tillakaratne Dilshan.

Known for his calm and cool demeanour, this was one of those rare occasions when an otherwise ice-cool Dhoni showed emotions after taking Chennai Super Kings over the line in a stiff chase. Chasing a stiff 192 to win, Dhoni came into the middle with the side needing 104 of the last 10 overs. The CSK skip was batting with a purpose that day as he scored 54 from 29 balls which comprised of five fours and two sixes. The last 47 runs in the chase came in just 18 balls with Irfan Pathan conceding 18 in the last over of the match.

It was one of those rare occasions when a Dhoni ton did not help India win the match. In the seven-match ODI series against Australia, the hosts lost early wickets, but Dhoni came in and consolidated the innings to end up unbeaten on 139 off 121 balls to help India post 301 in 50 overs. But that was not enough as James Faulkner snatched victory for Australia from the jaws of defeat playing a blinder.

In the tri-series summit clash against Sri Lanka at the Queens Park Oval, India was chasing a paltry 202 to win. India looked on course, till Rangana Herath picked four wickets in quick succession and changed the game on its head. With India needing 15 to win off the last over off Shaminda Eranga, Dhoni brought his A-game to the fore and take his team to a memorable win.

This has to be one of the most important knocks of his life, if not ‘the’ most. It came at the biggest stage of world cricket. India squared off against Sri Lanka in the 2011 World Cup final at the Wankhede Stadium. Chasing 275 for victory, Dhoni made a surprising move when he promoted himself up the order at No 5, in place of Yuvraj Singh, citing that Muralitharan was bowling and he would find it easier to tackle the veteran spinner. The move paid off as Dhoni’s 91* took over the line as India won their second-ever World Cup, becoming the first to do so on home turf.

Summarising Dhoni’s innings, batting legend Sunil Gavaskar said, “When I die, the last thing I want to watch is the six that Dhoni hit in the World Cup final.”

On that note, here’s wishing more success to Dhoni on his birthday 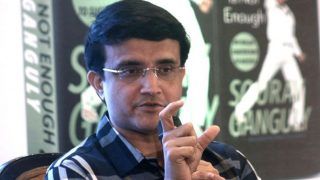 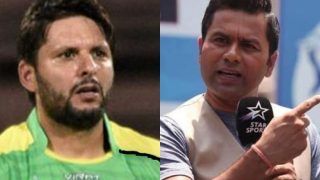