Dhoni has batted for well over two and half hours to rescue India.

MS Dhoni scored a valuable innings of 50 as India are placed precariously at for  in the fourth Test at Manchester. This is Dhoni’s 32nd Test fifty and has batted for over two and half hours to rescue India.

Dhoni walked in when India where struggling at eight for four with two of them gone for ducks. Dhoni had taken a brave call to walk in at No 6 with India playing five bowlers. His technique hasn’t been the best in these conditions but he managed to curb his instinct of going at deliveries pitched outside off. Dhoni didn’t even shy away from taking some hits on the body.

Dhoni edged and missed a lot of deliveries but so0mehow managed to hang on and take India ahead. Dhoni has scored many fifties but this one will be special as it has been one of the fighting innings with the team in trouble. 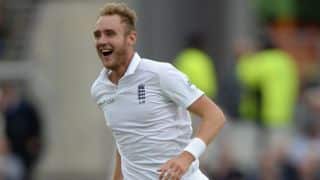 India vs England, 4th Test at Manchester: Ravichandran Ashwin out for 40 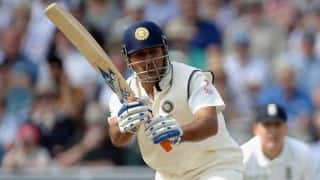