The speculation on MS Dhoni's future has been a talking point after India's semifinal exit from the World Cup 2019.

The speculation on MS Dhoni‘s future has been a talking point after India‘s semifinal exit from the World Cup 2019. The former India skipper has not played any international game after the ICC event in England and Wales.

While the selectors have decided to stick with Rishabh Pant, Virat Kohli has made it clear that Dhoni is on the similar page with the team management when it comes to his international cricket.

On Tuesday, Yuvraj Singh, who was part of India’s 2007 ICC World T20 and 2011 World Cup squads under Dhoni, said that the discussion around Dhoni’s future in “unfair”.

ALSO READ: When is the right time for MS Dhoni to retire? Debate continues

“I think it’s unfair to him. The guy (Dhoni) has done so much for Indian cricket. He has been the most successful Indian captain, so you got to give him time,” Yuvraj said on the sidelines of ‘The Sports Movement’ summit organised by India On Track in New Delhi.

Yuvraj also said that the decision to retire rests solely with Dhoni, who has been on a sabbatical for more than two months.

“He needs to decide when he wants to go out. He needs to take that call. If he wants to still play, that’s his call and we need to respect that,” added Yuvraj.

Earlier, Sunil Gavaskar had suggested that Dhoni should retire before being pushed out and urged that the team management should look beyond Dhoni.

“Nobody knows know what is in MSD’s mind. Only he can clarify what he thinks his future with Indian cricket is. But I think with him being 38 now, India should be looking ahead. Because by the time the next T20 World Cup comes around he will be 39 years old,” Sunil Gavaskar had told India Today.

“His value to the side is always going to be fantastic. Not just the runs he will score or the stumpings he will effect. But his overall presence on the field will be calming for the captain because the captain gets the benefit of his views. So that is a huge plus. But I do believe the time has come,” added Gavaskar. 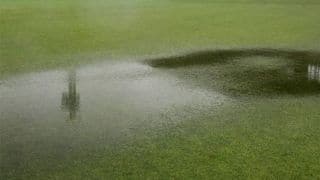 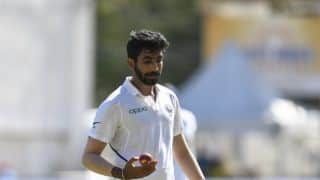