India won the match by 49 runs and took an unassailable 2-0 lead in the series.

Edgbaston: Former India captain MS Dhoni was present at Edgbaston during the second T20I between England and India. India batter Rishabh Pant shared pics of MS Dhoni from the stadium after India picked up an impressive win in the second T20I against England to go 2-0 up in the three-match series. Dhoni also interacted with the Indian players and shared valuable tips with them. BCCI’s official Twitter handle shared the pics of ‘Thala’ interacting with Indian players.

Looking forward to the next one. ?? pic.twitter.com/incK68UC36

Meanwhile, India’s bowling in the two T20Is has been sensational and has played a massive role in this impressive series win. India bowled out England for 148 in the first game and backed their sensational effort with another scintillating performance in the second T20I. Chasing a target of 171, England had no answers to the on-song Indian bowlers and were bowled out for 121.

India’s approach to the game in this series has been very aggressive and impressive. The batters have played with aggression and focussed more on scoring runs at a brisk pace rather than playing to the situation. India lost a few wickets in the middle overs in the second T20I, but the batters continued their assault on the England bowlers. This helped India reach a respectable total despite a batting collapse. India’s new game plan has been hailed by the experts as many feel that this approach can help them win the T20 World cup in Australia later this year. 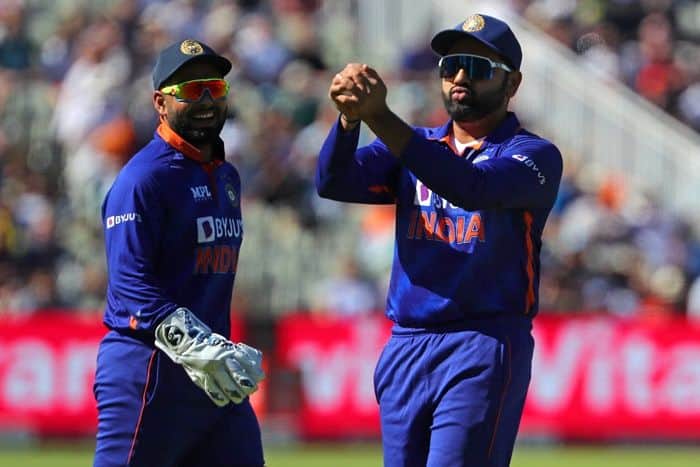 VIDEO: Rohit Sharma's Reply Is Pure Gold When Rishabh Pant Asks If He Could Hit David Willey For Coming In His Way