Fortune eluded Rohit Sharma on his captaincy debut. It was not entirely his fault. Sri Lanka sucked the life out of the India batters, tremendously swinging the ball and pitching where they should have in the Test series. Thanks to MS Dhoni, India were guided to some respectability as they finished with 112 after tottering at 29 for 7 at one stage.

There were reports last evening that Shikhar Dhawan was down with fever and would opt out of the first ODI. Luckily for India, he appeared for his duty, especially given the fact that Virat Kohli and Kedar Jadhav will not participate for the ODI series for two different reasons. Unluckily for India, Dhawan departed for a duck. Angelo Mathews took an international wicket after 3 months.

Shreyas Iyer, India’s 219th ODI player, walked in at 0 for 1. There were predictions that the technically sound Ajinkya Rahane would bat at No. 3. The team management thought otherwise and did not pick Rahane in the side.

Shreyas scored his first ODI runs with a delightful flick. He shuffled and dissected the leg-side field. India, however, continued marching towards ruins. Rohit failed on his captaincy debut. The wrecker-in-chief of the Kolkata Test, Suranga Lakmal, began the destruction. Rohit poked at the one he should have left alone.

Dinesh Karthik gave his all to score runs than to survive. He could do neither, perishing for 18-ball duck. This is the most balls faced by an Indian batsman before perishing for a ODI duck. Lakmal picked up his second wicket.

Manish Pandey’s stay was no different. Sri Lanka bowlers made him look like a tail-ender. He batted as if he has no memory of playing the game. He thick-edged to Mathews in the slip cordon.

Nuwan Pradeep joined the carnage. He found an inside edge off Shreyas’ bat, and the stumps were completely dismantled. India lost half the side for 16 runs.

Hardik Pandya was ought to counterattack. He does not have a variety of approaches. Two boundaries oozed off his bat, but that was that. Another edge flew behind the wickets. Pandya joined his fallen comrades in the dressing room. Bhuvneshwar Kumara, too, could not escape the storm. India were 29 for 7 when MS Dhoni was stranded with Kuldeep Yadav at the other end.

Whatever followed was what Dhoni is tailormade for. He lifted India to 112 all-out. There was power, panache, and temperament the ingredients that define him. He stitched 41 runs with Kuldeep Yadav, 17 (from 53 balls) with Jasprit Bumrah, and 25 with Yuzvendra Chahal. In all, he added 83 runs with the last 3 batters, also scoring his 101st fifty. Lakmal finished with 4 for 13 in 10 overs. 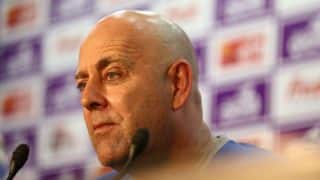 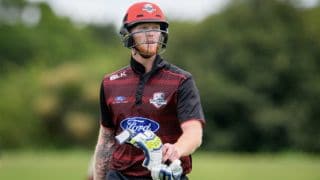