Dhoni had a fairly productive ODI series against New Zealand, although he was nowhere close to his best.

New Delhi: India’s limited overs captain MS Dhoni will hopefully get a chance to play at least a couple of warm-up matches before the England One-Day International (ODI) series starting in Pune on January 15, next year. Before the start of the limited overs series, England are scheduled to play a warm-up matches (50 overs) against India A on January 10 and 12 at the Brabourne Stadium in Mumbai. Dhoni, who has not been playing since the home series against New Zealand in October, would have gone into the ODI series without proper game time for 77 days and this was a major concern going forward.

Dhoni has been training regularly with the Jharkhand Ranji team which has qualified for the knock-out stages of the Ranji Trophy. However JSCA secretary Rajesh Verma had made it clear that Dhoni was only a ‘mentor’ to the team and will not be donning whites since he has already retired from Test cricket. It will be interesting to see whether the selectors also pick young Rishabh Pant as a back-up or a pure wicketkeeper knowing his big hitting skills in domestic cricket. It will not be a bad idea if both Dhoni and his heir apparent play in the same game which could be a treat for the handful who will be attending the match.

Dhoni had a fairly productive ODI series against New Zealand, although he was nowhere close to his best. His ability to finish off games had faded off, and the man would love to return to his best in the upcoming series. 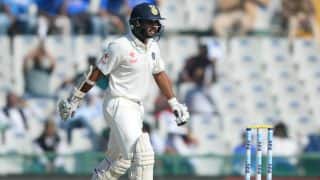 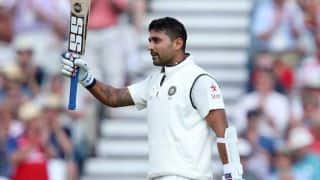