MS Dhoni, who has a new house now named 'Kailashpati', moved into this new farmhouse of his along with his family.

Former Indian skipper MS Dhoni, who is among the richest sportsperson not just in India, but also in the world, made a smart move on Akshaya Tritiya earlier this week. Dhoni, who has a new house now named ‘Kailashpati’, moved into this new farmhouse of his along with his family. Dhoni’s parents Paan Singh Dhoni and Devaki Devi, along with Dhoni’s wife Sakshi Dhoni and daughter Ziva have all moved to a new farmhouse. Dhoni’s previous residence was a three-storied bungalow in Ranchi s Harmu Housing. Although Dhoni missed the house-warming ceremony, he is expected to move post the ongoing Indian Premier League (IPL) 2017, where he is currently playing for the Rising Pune Supergiant (RPS). IPL 2017: Sushant Singh Rajput bats for MS Dhoni amid criticism

Earlier, Dhoni on his birthday in 2016 announced that he would be building his new residence, while he posted a picture planting a tree on his birthday July 7, 2016. ‘Kailashpati’ has been built on Ring Road of Ranchi across a seven acre land, which also has an indoor stadium. It also has a swimming pool, net practising field, ultra-modern gym, while a five-star hotel is also being build inside his compound. Although Dhoni is yet to post the picture of his lavish home. Meanwhile, his fans would certainly wish that he plays well for Pune at present and hopefully, stand a chance to win the IPL 2017.

Meanwhile, actor Sushant Singh Rajput has stood in support of MS Dhoni, the former captain of Rising Pune Supergiant (RPS) following his struggles with the bat in the early stages of the ongoing Indian Premier League (IPL) 2017. Dhoni has had a forgettable time with the Rising Pune Supergiant even before the start of IPL 10, starting with his removal from captaincy after a poor inaugural season for the franchise. 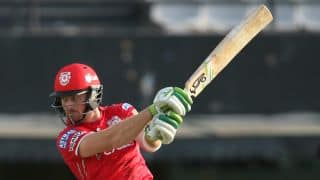 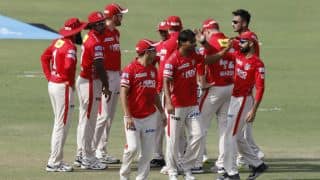