MS Dhoni s next international assignment will be against Sri Lanka in December.

In recent times, MS Dhoni s place in the Indian T20I side has been a highly discussed debate. Former players such as VVS Laxman and Ajit Agarkar were of the opinion that Dhoni should be left out of the shortest format. Now, India s 1983 World Cup-winning captain Kapil Dev has given his view on the same.

In a report published by DNAIndia, Kapil said:

“There is nobody who will play throughout their life. But, I think he (Dhoni) is playing very good. Rest, I leave it to the selectors. They will do better job than what we have to do.

“I give opinion and it will only create confusion in people’s mind. I don’t want to (do that). Let’s leave it to the selectors who are doing this job. They will put a lot of time when he should play and when he shouldn’t play.”

“I don’t know. It (DNA test) was not there in my time. It would be better if you ask Virat Kohli this question. I don’t know. A lot of science has come these days… I cannot answer that.

MS Dhoni s next international assignment will be against Sri Lanka in December. 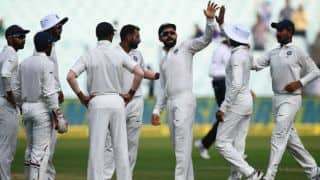 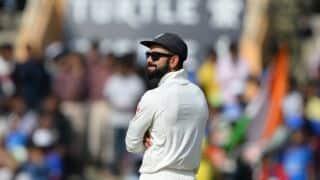